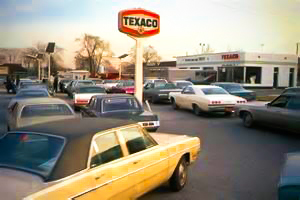 It dates to the Arab oil embargo in the fall of 1973. As a result of shortages caused by the embargo, the college temporarily adopted a four-day week in 1974. Class times were increased from 50 minutes to 65 minutes, meaning students actually spent a little more time in class than in a five-day week. College trustees permanently adopted the four-day instructional week in 1977.