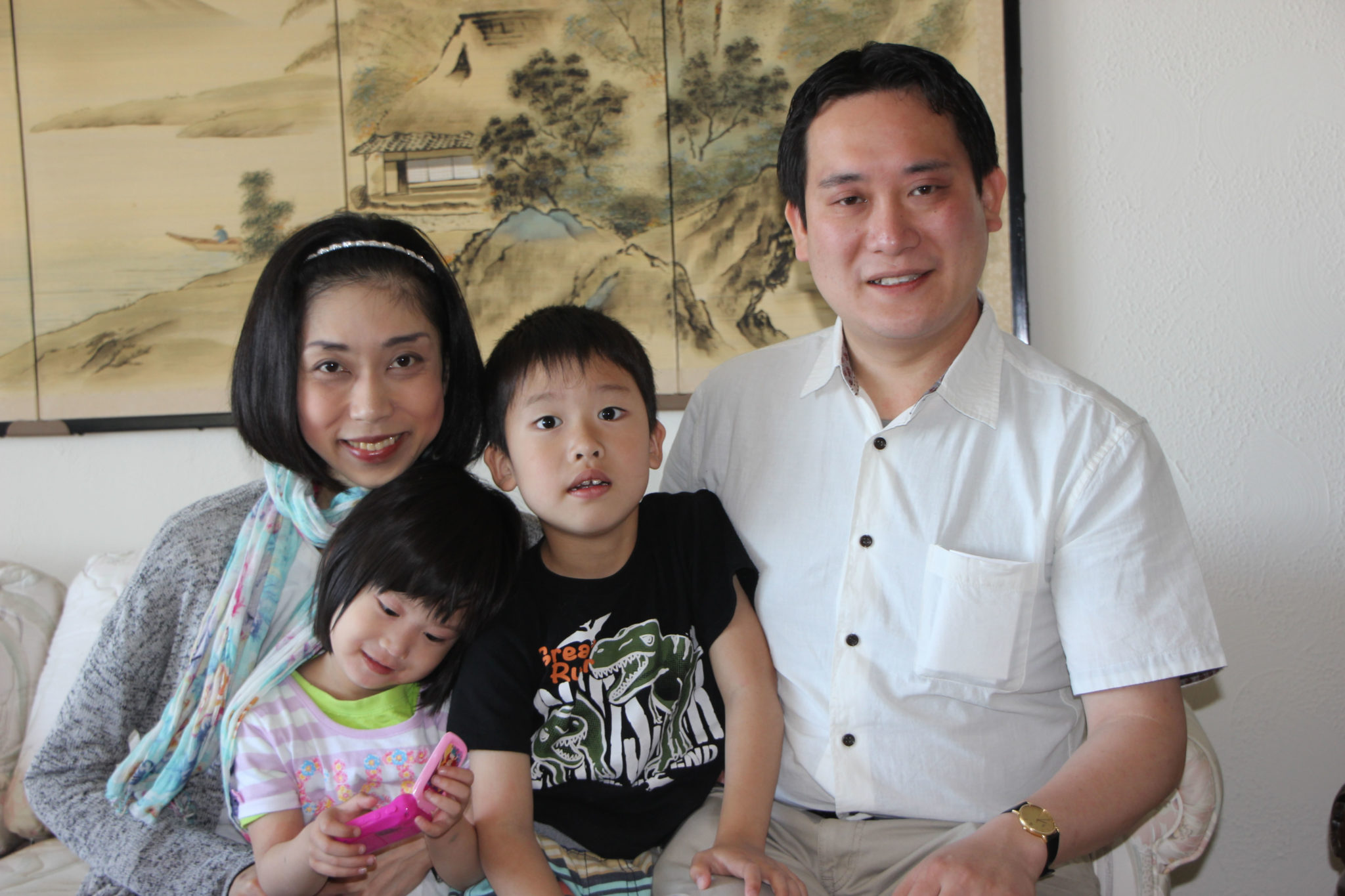 Left to right: Mariko (Tsuruzoe) Saito, daughter Akari, son Sho, and Jun Saito. A Japanese graduate of Big Bend Community College’s Aviation Maintenance Program has returned to the Pacific Northwest with his family to take on a new job with NIPPI Corp.

Jun Saito’s business card reads “FAA Certified A&P Mechanic.” He earned the FAA certificates at BBCC in 2003, and the credentials have transformed his life. FAA certificates are an international standard, and have taken Saito a long way in the aerospace industry.

Saito was recently promoted to General Manager of the International Contract Administration, Aerospace Division, for NIPPI Corp. He received letters of recommendation from Boeing officials in support of his work visa. He will have offices in Everett and Kirkland.

He and his wife, Mariko, also a BBCC graduate, are excited about a four-year assignment in the U.S. They visited Moses Lake in April after house shopping in Redmond and checking out the elementary schools for their children. They will return to the U.S. in late June.

Saito is responsible for emergency orders and change orders for NIPPI’s business with Boeing. He manages engineers, overseas contracts, and is the liaison between NIPPI and its U.S. customer base. He is “technically in sales.”

He has accomplished all this with the FAA certificates he earned at BBCC, and a BA in Sociology he earned in Japan.

“Many of my contacts in aerospace know I earned my certificates at Big Bend, and sometimes I meet other Big Bend graduates,” Saito said.

Saito’s Big Bend airframe and power plant instructors remember having to tell Saito to “slow down” when he was a student. He was learning English and a new curriculum at the same time.

“He would stay up all night studying and had a hard time staying awake in class,” said Eric Borg, an instructor in BBCC’s Aviation Maintenance Technology Program.

Mariko  Saito (Tsuruzoe)  graduated from BBCC 10 years ago. She is now a stay-at-home mom with son Sho and daughter Akari.

When asked if they like their new Puget Sound surroundings, Mariko says “Yes, but we like Moses Lake better.” They enjoy the weather, the slower pace, the lake, and friends they have in Moses Lake.