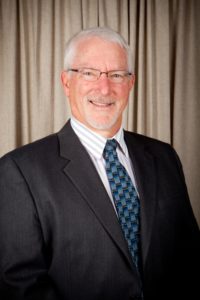 Jon Lane, board president at Big Bend Community College and a former Moses Lake mayor, is one of six recipients nationwide, to receive the 2017 Outstanding Alumni Award.

Lane will accept the award from the American Association of Community Colleges on April 24 in New Orleans.

“This is an enormous honor,” Lane said. “I am very humbled and thankful.”

It is not the first time Lane has been honored for his service. He is known locally and nationally as the man who subdued a 14-year-old shooter at Frontier Middle School in February 1996. Two students and a teacher died in the shooting.

Lane was hailed as a hero in Moses Lake.

Born in San Francisco in 1947, his family moved to Moses Lake in 1953 where he and his twin sister, along with seven other brothers and sisters, grew up on a small farm in Block 40. His father worked in general construction, and his mother was a rural mail carrier once all of his siblings were of school age.

Lane was educated in Moses Lake through high school and was active in the school’s band, was president of his senior class, and grew up participating in local 4-H programs that included junior leadership. As an athlete, Lane was a two-time Washington State High School Wrestling Champion and his talent followed him into college where he continued to wrestle at Big Bend Community College, the University of Washington and Central Washington University.

Big Bend Community College is a family affair for Lane with both of his parents, eight of his nine siblings, his wife, and two of his grandchildren all attending the college.