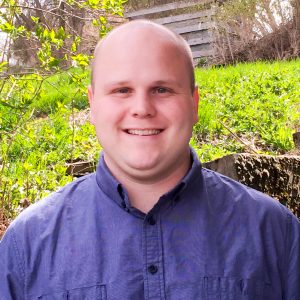 When Timothy Woodiwiss dropped out of high school after ninth grade, he thought he might become the manager of the McDonald’s restaurant in Ritzville.

He started working full time in 2002 at age 16 and was promoted to McDonald’s shift manager when he was 17.

He earned a GED at Big Bend Community College “only because at 16 years old, it was against the law for me to work full time during school hours unless I had my GED.”

After three years working at McDonald’s, Woodiwiss found the courage to attend BBCC. He sat in his car trembling with fear on the first day of classes in spring of 2006.

“I was sure a teacher would ask me a question and everyone would know I was an idiot,” he said. “”It could have gone south at that moment if I had given in to my fears.”

Woodiwiss went to class that day, and things worked out well. He was recently accepted to the University of Washington School of Medicine. He will graduate from Washington State University this spring with a Bachelor’s Degree in Biochemistry and minors in microbiology and animal science. He wants specialize in oncology.

“Who would have thought that I, a high school dropout nobody, could have accomplished this?” he said when he learned of his acceptance to med school.

In 2005, Woodiwiss joined Washington Army National Guard’s 1161st Transportation Company (Ephrata), which allowed him to rely on the Veteran Benefits and grants and loans to pay for college.

He lost several years of college due to military deployments with the Army National Guard. He was deployed to Iraq and Bahrain, but he was first sent to New Orleans after Hurricane Katrina.

“Before Katrina I never thought of accomplishing anything more with my life than perhaps becoming a McDonald’s store manager. But after seeing such devastation and suffering in New Orleans, it somehow lit a fire and made me want to accomplish more with my life,” he said.

“I didn’t know what I wanted to do or that I could become a doctor, but it seemed like a good first step to enroll in college.”

Woodiwiss isn’t remembered as a standout student by the BBCC faculty he gives credit for changing his life. He was behind his peers in English and math. He had an overwhelming fear he wasn’t smart enough for college. He is remembered as a student who worked hard, not as the honor roll student he became at WSU.

He can recite the names of BBCC instructors who helped him realize his potential.  A BBCC math teacher helped him make up lost ground “without making me feel inferior,” and an English teacher praised the way he interpreted literature.  A history teacher who awarded him an “A” grade made him realize “maybe I’m not dumb; maybe I can succeed in college.”

He often thinks of his experiences at BBCC, where his journey to medical school began. “I am proud to have attended Big Bend and look forward to being able to give back one day.”

“It was such a poor decision to drop out of school,” he said. “I am so thankful I was given a second chance at Big Bend Community College.”

iFiber One Article can be found here.