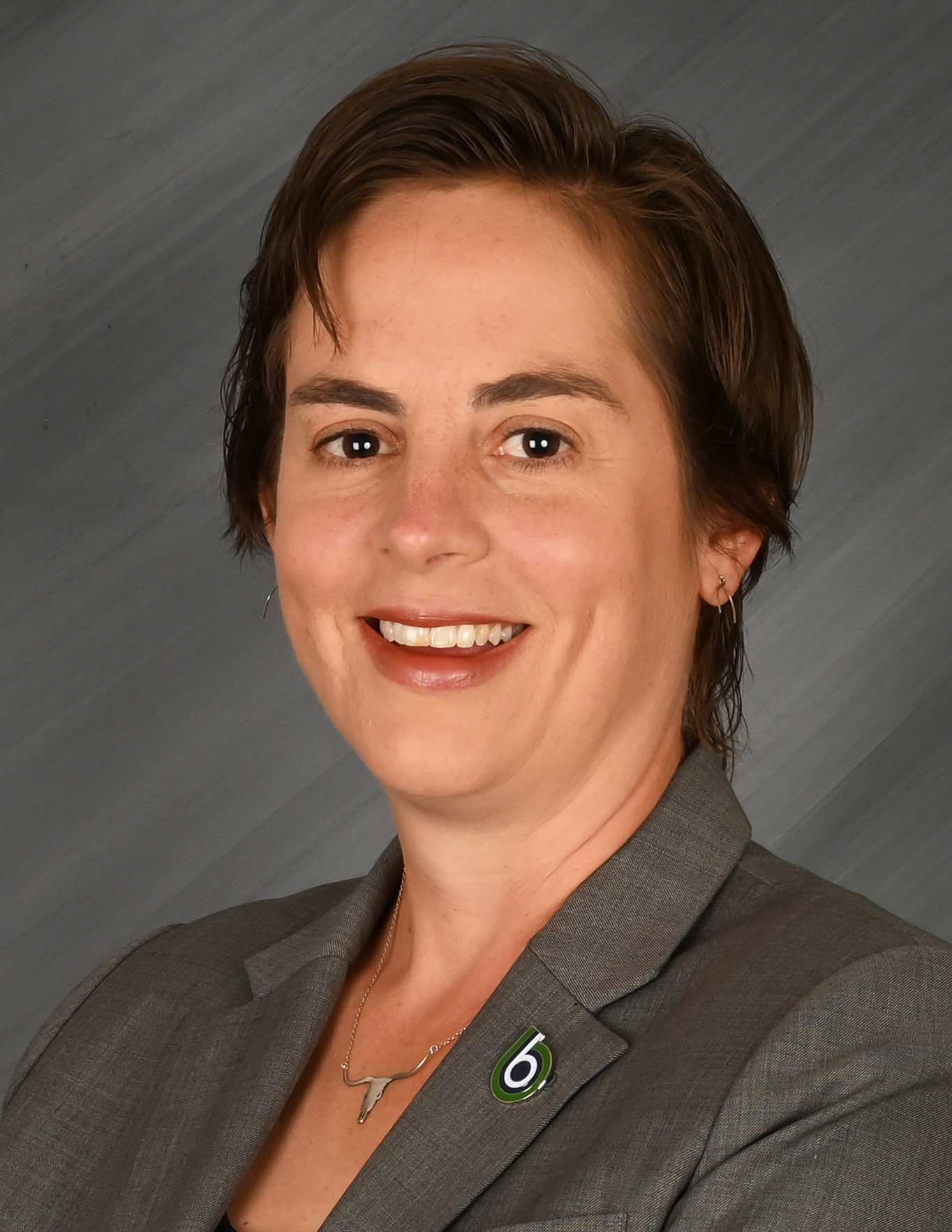 Welcome! It’s great you are taking time for a virtual visit to Big Bend Community College. Spend time with us; look around; ask questions. From this beautiful campus we serve more than 5,400 students from the heart of the central Columbia Basin of Washington state. Our catalog will demonstrate a mix of traditional programs, services, and some fairly unique efforts as well. The boundaries of our 4,600-square-mile district surround rivers, lakes, mountains, and rich, productive agricultural land.

The success of our students is our standard of accountability. Since 1962 our six-fold mission of college transfer, vocational and developmental education, community service/continuing education, business and industry partnerships, and student support services has provided the environment for their success. Students come to Big Bend as a first choice, a second chance, and a continuing opportunity for life-long learning. Whatever their goal, the BBCC staff is here to help. 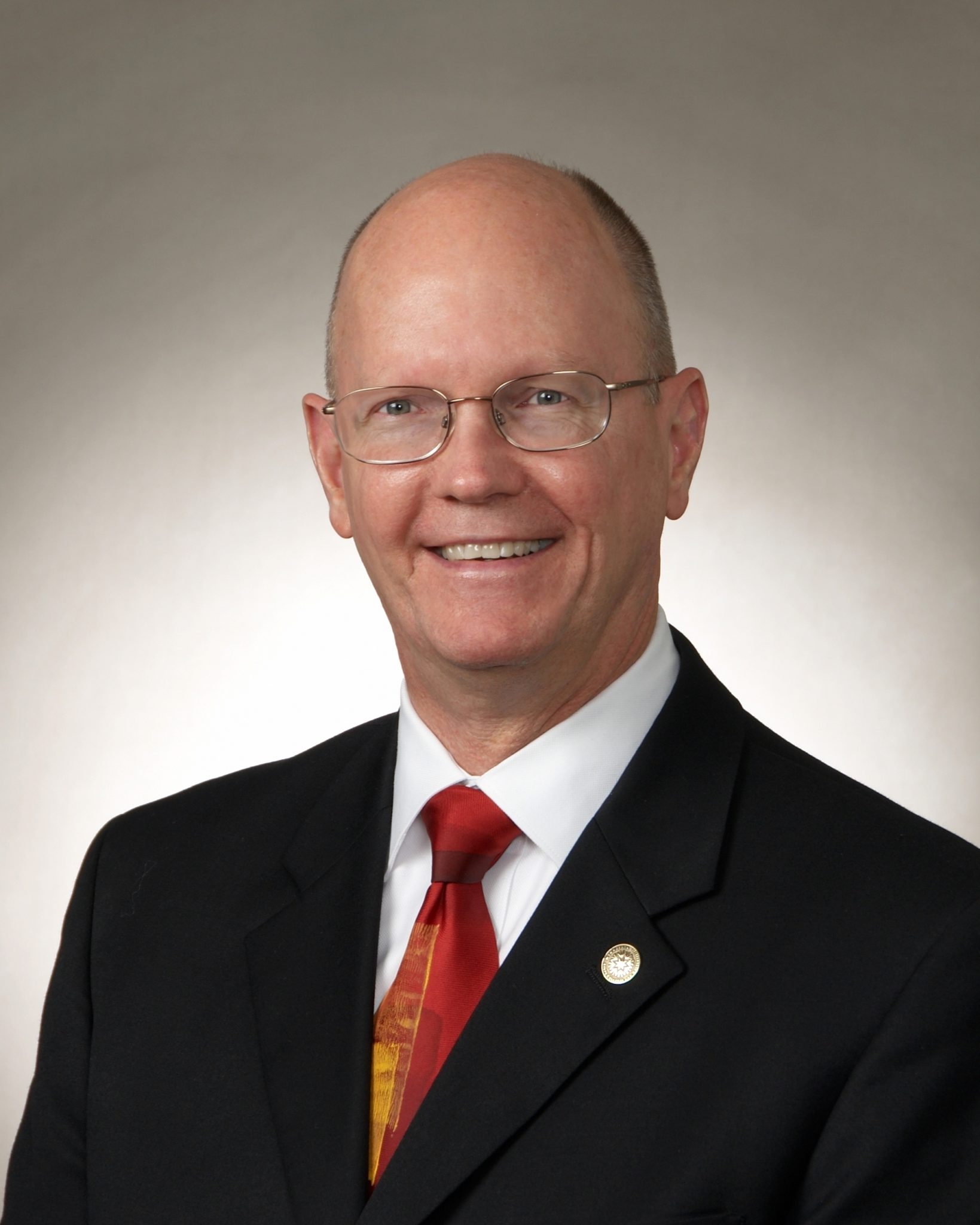 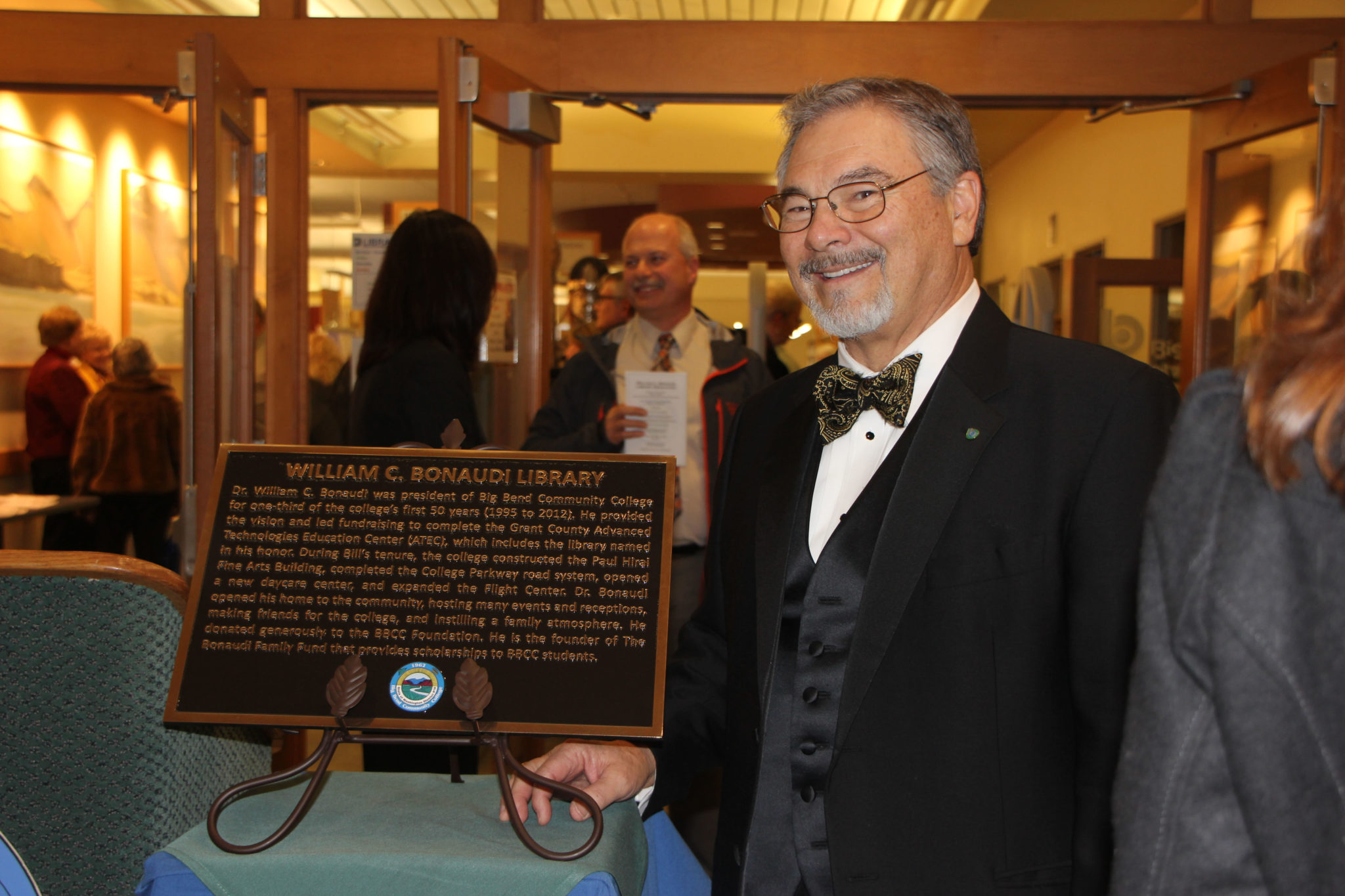 Dr. William C. Bonaudi was the sixth president of Big Bend Community College. Dr. Bonaudi was a native of Washington State, although hired from the state of Nevada. Prior to serving as BBCC President, Dr. Bonaudi had 29 years of experience in both large and small, rural colleges as a community college teacher and administrator.

Dr. Bonaudi served as the BBCC President from 1995 to 2012, and is the longest-serving President in the history of the College. As a man of vision, he spearheaded projects and reforms to reshape the college. Under Dr. Bonaudi’s leadership, the college ramped up a number of new programs, including Industrial Electrical Technology, Mechanized Irrigation Systems Technology, Commercial Driver’s License, Helicopter Pilot, and of course, I-BEST. He even expanded the capacity of the RN nursing program, despite austere budget times.

Dr. Bonaudi’s legacy to Moses Lake and Big Bend is the ATEC Center. He provided the vision and led the fundraising effort for the Grant County Advanced Technologies Education Center—or ATEC—which resulted in a new library, dining commons, classrooms, a conference center with multi-media capabilities, and a university center to host baccalaureate partners.

Dr. Bonaudi provided the impetus for the Fine Arts Building, bringing arts enrichment and cultural activities not only to the campus but to the larger community, providing space for community concerts and Columbia Basin Allied Arts performing arts events.

Following Dr. Fitch’s resignation in 1994, the college hired Dr. Gene Schermer as interim president. Dr. Schermer’s gentle manner and quiet leadership guided the college through this transition period. He assisted the trustees in their next presidential selection process.

Dr. Greg Fitch guided the college until his resignation in 1994. During that time a reduced European Program was maintained and the remodel/new construction of the Math-Science building was completed. Service to business and industry continued to grow with the creation of the Maintenance Mechanics Program as a direct result of discussions with local food processors.

Arriving from the presidency of a California community college Dr. DeVries focused on creating a college image for the campus. The gymnasium, named the Peter DeVries Activity Center, was only one of his improvements. Our landscaping, the liberal arts and business building, and the remodel of the administration building were all completed under his watch, as was the expansion of our commitment to business and industry in the area with several new training programs and the Business Development Center, now known as the Center for Business and Industry Services (CBIS).

Dr. DeVries retired in 1987 and was followed by the fifth president of the college, Dr. Greg Fitch.

Appointed in August, acting president Dr. Roscher wasted no time in re-introducing the four-day teaching schedule, which just happened to be the subject of his doctoral dissertation. The college has remained on that schedule ever since. We almost weekly need to remind visitors and members of the community that we are open for business Monday through Friday, and we have classes that meet on Friday, but the community perception of a four-day work week will not go away.

Early the next year, Dr. Peter DeVries was hired to be the fourth president of the college. 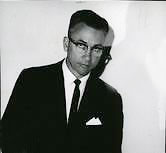 Dr. Wallenstien was BBCC’s third president. Under his administration, a decision was made in 1969 to vacate the South Campus and to move all campus operations to the North Campus, the present site. In 1975, six years later, the college finally moved to the former Larson Air Force Base. This happened only after a ruling from the Washington State Supreme Court relating to ownership of the South Campus property.

One of the first improvements made was to the base movie theatre, later named for Dr. Wallenstien. This was a priority job because it was to house for several years the truly spectacular “BBCC Spring Musical” under the direction of Wayne Freeman. Over the years folks from all over the Central Columbia Basin flocked to see such stars as Leonard Nemoy, Soupy Sales, Howard Keel, Edie Adams, and Joe Namath.

Dr. Wallenstien announced his resignation in 1977, and Vice President Ted Roscher was appointed the acting president.

Dr. Donald Morgan was hired to replace Phillips. He had previously been a dean at Clatsop Community College in Astoria, Oregon. Dr. Morgan resigned in 1968, and the third president of the college, Dr. Bob Wallenstien, was hired. 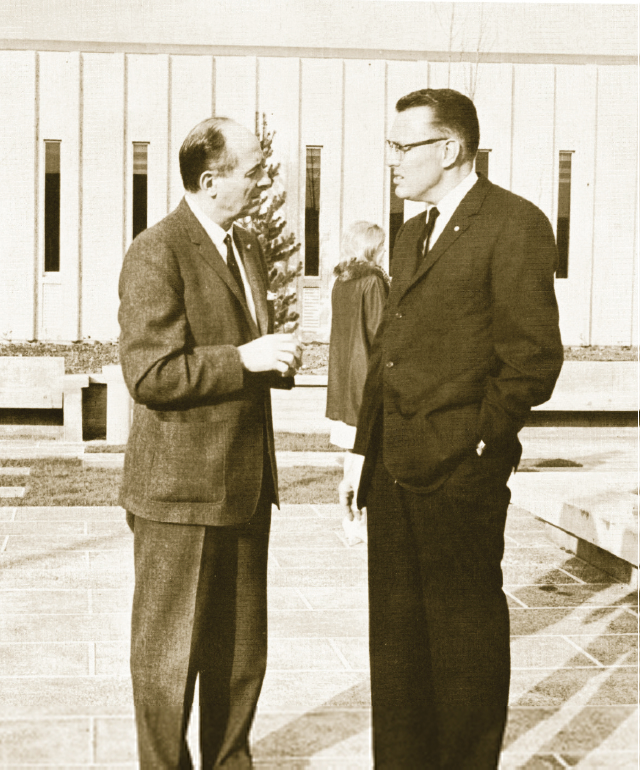 Dr. Phillips (BBCC president #1) became the chairman of the Larson Action Committee. This local group went to Washington DC to convince the Department of Defense to turn over the base for local use. It was this action that in 1966 led to the formation of the Port of Moses Lake, and the dedication of 3 hangars and 154-acres of the base to Big Bend Community College.

Dr. Phillips, after receiving the property for the college resigned to start another college, and the second president of Big Bend Community College, Dr. Donald Morgan, replaced him.