MOSES LAKE — Right on schedule, the Presidential Search Committee has submitted five finalists to the Board of Trustees (BOT) for consideration to become the 10th President of Big Bend Community College.

The college’s current president, Terry Leas, announced in August that he would retire at the end of the 2019-20 academic year. Leas has been BBCC president since 2012.

The search commenced on Nov. 15 with the priority deadline for submitting applications set for December 8. The search committee, consisting of a cross-section of 15 Big Bend employees, members of the Board of Trustees, and community leaders throughout The College’s service district, began reviewing applications and screening of the 19 applicants immediately after.

The search committee trimmed the applicant pool to 10 candidates in late December. The committee submitted the five finalists on Thursday afternoon, which the BOT accepted. The Board then voted unanimously to move forward to the next phase of the selection process.

“I just want to commend the search committee for doing such an outstanding job. This was not a small task and required quite a bit of work on their part,” said Board Chair Stephen McFadden. “This is one of the most important jobs that the Board of Trustees is tasked with, and we would not have been able to move forward to our current position in the process without the investment of each of the members of this search committee — we thank them for their tireless work.”

The Board announced the finalists (Bios at bottom of the press release) on Monday morning:

The next step in this process will be inviting each of the five finalists to Big Bend for an on-campus interview. Each interview will last an entire day and will consist of an interview with the BOT, meet-and-greets with the Big Bend campus community and a tour of Moses Lake community. The day will end with dinner with the Board of Trustees, members of the BBCC Foundation Board and officers of The College’s Associated Student Body.

“We want the candidates to really get a feel for the Big Bend Campus Community and the Moses Lake Community as well,” said Vice President of Human Resources Kim Garza. “We want them to be able to see themselves being on our campus and really be able to interact with everyone and get a feel of what our community is like.”

Following the on-campus interviews at Big Bend, the Board of Trustees will convene at a special meeting on Feb. 6 to narrow the field. The BOT will then schedule site interviews for those final three candidates at their current places of employment. Once those visits are completed, the BOT is planning to make an announcement about the hiring of The College’s next President no later than March 31. 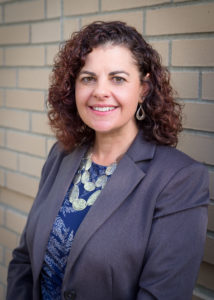 Dr. Ames has been a part of the Washington State Community and Technical College system since 2000 serving as the Director of Marketing and Communications at Cascadia Community College (2000-2004). Director of Communications at the SBCTC (2004-2008), VP of Advancement and Executive Director of the Foundation at Pierce College (2008-2013), and Director of Planning and Institutional Effectiveness at Skagit Valley College (2013-2015). Dr. Ames has also been a Business Management Instructor and served as an accreditation evaluator for the Northwest Commission on Colleges and Universities (NWCCU). 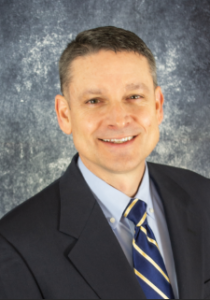 At Clark, Belden was the co-lead of The College’s Guided Pathways Implementation Team, worked as lead administrator on the Achieving the Dream Working Student Success Network Grant, and also implemented the launch of The College’s food pantry and financial literacy program.

A graduate of the Washington Executive Leadership Academy, Belden was also a presenter on Community College Student Food Insecurity hosted by Achieving the Dream and the Ohio Association of Community Colleges. He is a graduate of Leadership Clark County, an administrator on Green River College’s Faculty Contract negotiations Team, and a member of the Washington Association of Community and Technical College committees on ctcLink Steering, Technology, Budget, and Educational Service. 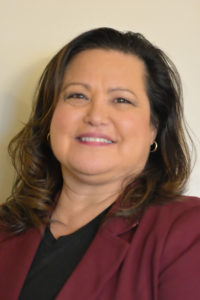 At WVC, Dr. Flores managed a division of 11 departments and more than 50 employees and served as The College’s conduct officer and student Title IX adjudicator. She developed and implemented The Admissions Guarantee (TAG) program that created partnerships with district high schools and increased awareness and college readiness and streamlined onboarding for students. She facilitated the creation of the DREAMer’s task force whose goal was to reduce housing instability and food insecurity meeting a growing student need.

Dr. Flores is currently the chair of WVC’s Behavioral Intervention Team, member of the Bias Incident Response Team, and chair of the Academic Relations Committee. She serves as the Guided Pathways Change Facilitator for the State Board of Community & Technical Colleges and as Treasurer for the Executive Committee of the Washington State Student Services Commission.

Dr. Flores received her GED and an associate degree from Big Bend Community College and her bachelor’s and master’s in Business from Eastern Washington University. She went on to receive her doctorate in higher education from Washington State University. 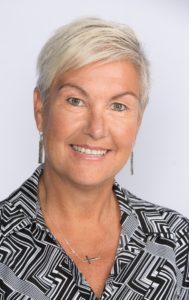 Dr. Teresa Rich has been serving as the Vice President of Administrative Services at Yakima Valley College (YVC) for the last 13 years. She serves as a member of the Executive Leadership Team and oversees the administration of facilities operations, maintenance and grounds, campus safety and security, and accounting and purchasing.

Outside of the college, Dr. Rich is a member and former board member of the Rotary Club of Yakima, mentor for the Washington Educators Leadership Association, and a member of the Association of Government Accountants.

Dr. Rich earned her bachelor’s degree in Accounting and a Master’s in Professional Accounting from Central Washington University. She earned her Doctorate of Philosophy in Education, with an emphasis on community college leadership, from Oregon State University. 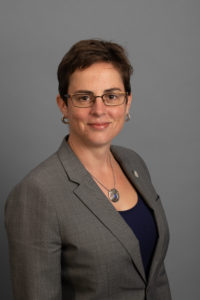 Dr. Sara Thompson Tweedy is the Vice President of Student Access, Involvement and Success at SUNY Westchester Community College in Valhalla. She previously served as Dean of Student Development Services at SUNY Sullivan in Loch Sheldrake.

Dr. Thompson Tweedy’s service at SUNY includes sitting on the LGBTQI task force, enrollment management task force, collective bargaining negotiations team, and faculty council. Outside the SUNY system, Dr. Thompson Tweedy is a member of both the New York Association of Community College Chief Student Affairs Officers, Inc. and the Center for Discovery’s Institutional Review Board. Additionally, she serves as a volunteer firefighter and chaplain with the Kerhonkaon Volunteer Fire Department and holds a number of emergency management certifications. Among her accolades are being named the recipient of the New York State Medal of Honor in 2018.

Prior to her time at SUNY, Dr. Sara Thompson Tweedy’s experience included teaching at Eastern Correctional Facility in Napanoch, New York; serving in the U.S. Army National Guard as a heavy wheel diesel mechanic; and serving as executive director and pastor of The Federated Church of Kerhonkson, a congregation with affiliation to the Reformed Church in America and the United Methodist Church.

Dr. Thompson Tweedy earned her bachelor’s degree in Religion at Hollins College; her Master of Divinity at Yale University Divinity School; and her Doctorate of Management in Community College Policy and Administration from the University of Maryland, Adelphi. She also received training at Skidmore College as a Restorative Justice facilitator.