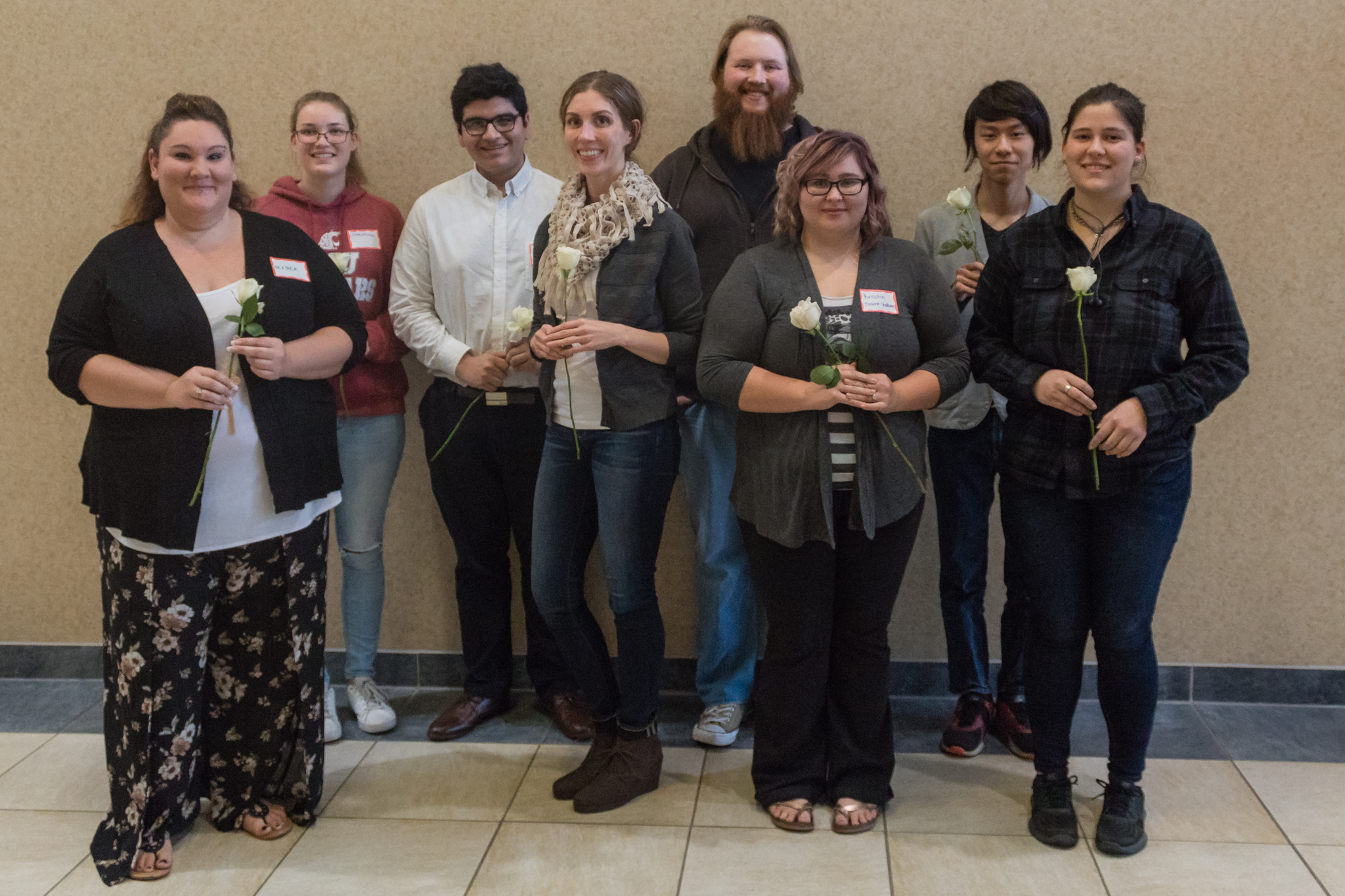 New inductees took the oath of membership in front of family and friends after hearing from guest speaker Alissa Scriven, who has worked in higher education for over three years at Central Washington University-Moses Lake. BBCC president Dr. Terry Leas presented each new member with a white rose during the ceremony to signify their achievement.

Phi Theta Kappa members also recognized advisor Barbara Whitney during the ceremony. Whitney has served as advisor of the Big Bend chapter for 22 years and has hosted 66 induction ceremonies for hundreds of members in that time.

The fall induction ceremony was her last as she will be retiring.

“The informal definition of a PTK advisor is a counselor, listener, shoulder to cry on, superhero cape-wearer and pep-talk giver. Ms. Whitney is all of this and more,” said fellow advisor Melinda Dourte.

Phi Theta Kappa was established in 1918 and aims to celebrate the academic achievement of college students and provide them with opportunities to grow as scholars and leaders. The organization is recognized as the official honor society for two-year colleges.

Eligibility for membership includes a grade point average of at least 3.4 and recommendation from a faculty member. In addition, students wanting to join Phi Theta Kappa must have completed a minimum of 15 semester hours at BBCC and must be enrolled for a minimum of 15 academic semester hours during the current semester. 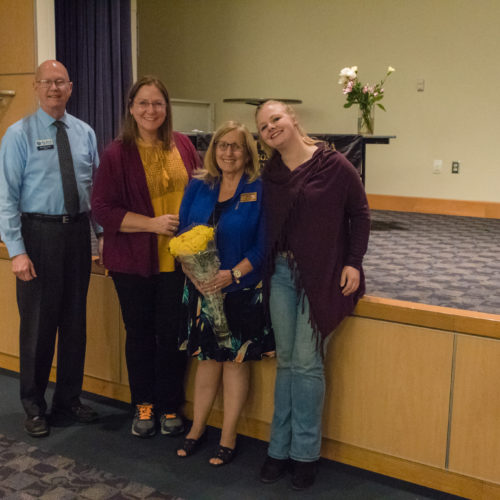 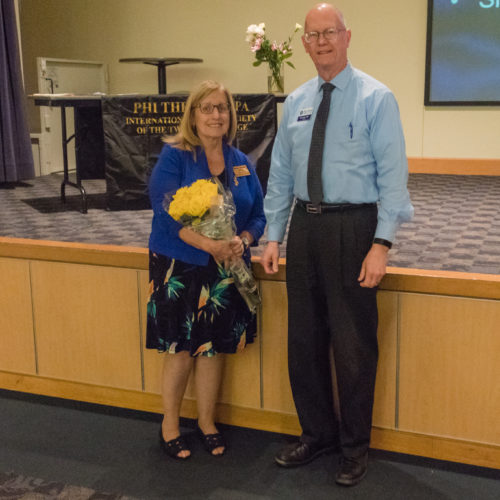 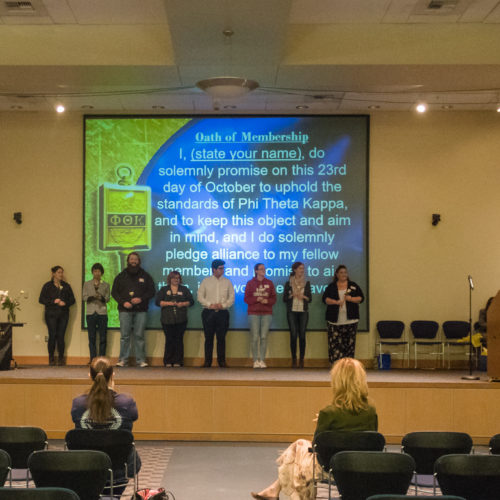 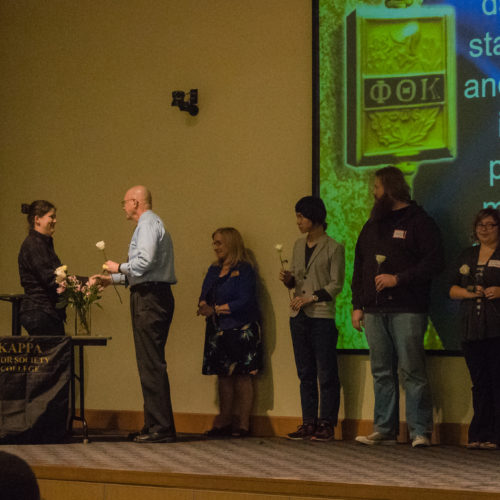 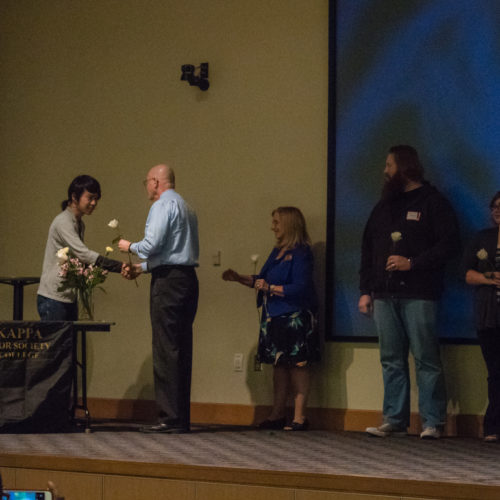 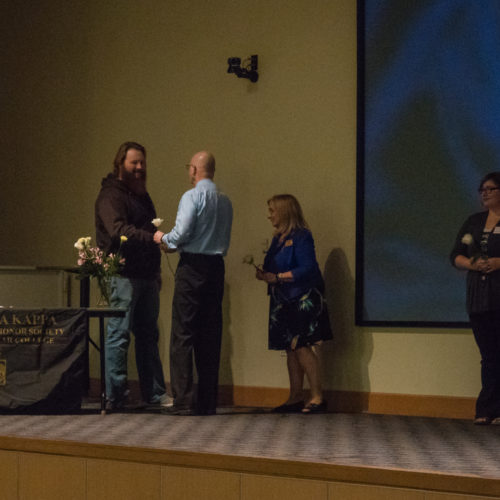 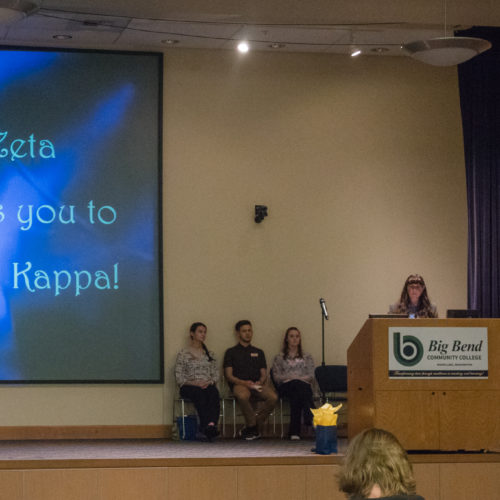 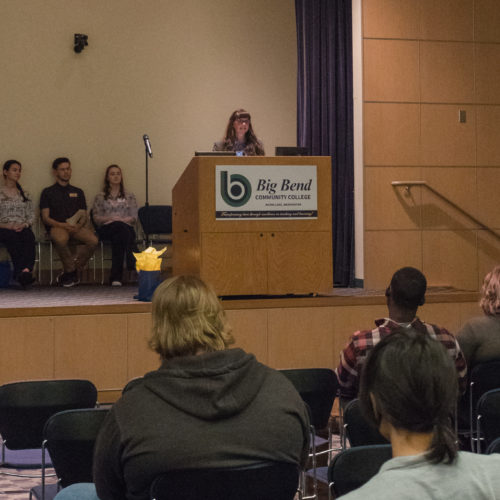 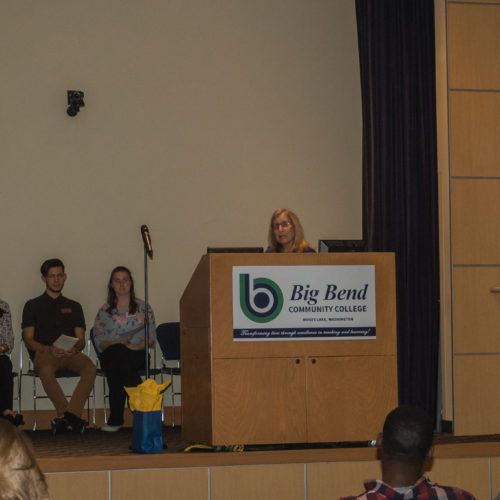