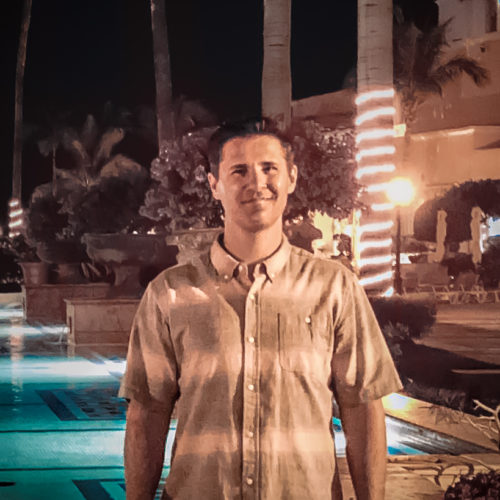 Mitch Poth grew up in the wonderful community of Moses Lake and after graduation left for Argentine to serve on a church mission. In 2001 he attended Big Bend Community College and played for the school’s basketball team. The record for the team during his tenure was 28-4 and in 2018 his team was inducted into the Big Bend Athletic Hall of Fame. In 2004 Mitch transferred to Brigham Young – Hawaii and in 2006 he received his Bachelor of Arts in intercultural communication, with a minor in Spanish. In 2006 he attended Marist College and after a year and a half of school received a Master of Arts in communication and leadership. Mitch has been teaching at Big Bend Community College since 2008 and has taught a wide variety of classes, including College Survival Skills, Public Speaking, Lifetime Wellness, Business Communication, and Human Communication. He was one of the first instructors to offer an online course here at BBCC. From 2010-2016 Mitch was also an assistant basketball coach for the men’s basketball team. Teaching is one of the great passions of Mitch’s life because he loves helping others achieve their goals. It is especially gratifying for him to see students and athletes blossom as individuals and succeed in life outside of school. One of the main reasons Mitch loves Moses Lake is the lake! During summer months he spends a lot of time on the lake and has been wakeboarding since 1997. In fact he has competed in national wakeboarding tournaments, an adventure that has taken him all over the country and introduced him to people from all over the world. When he isn’t teaching or on the water, Mitch loves spending time with his family and friends. In the winter this means going skiing and snowboarding with those he loves, and in the summer months getting together, when possible, to hang out and have good food together.