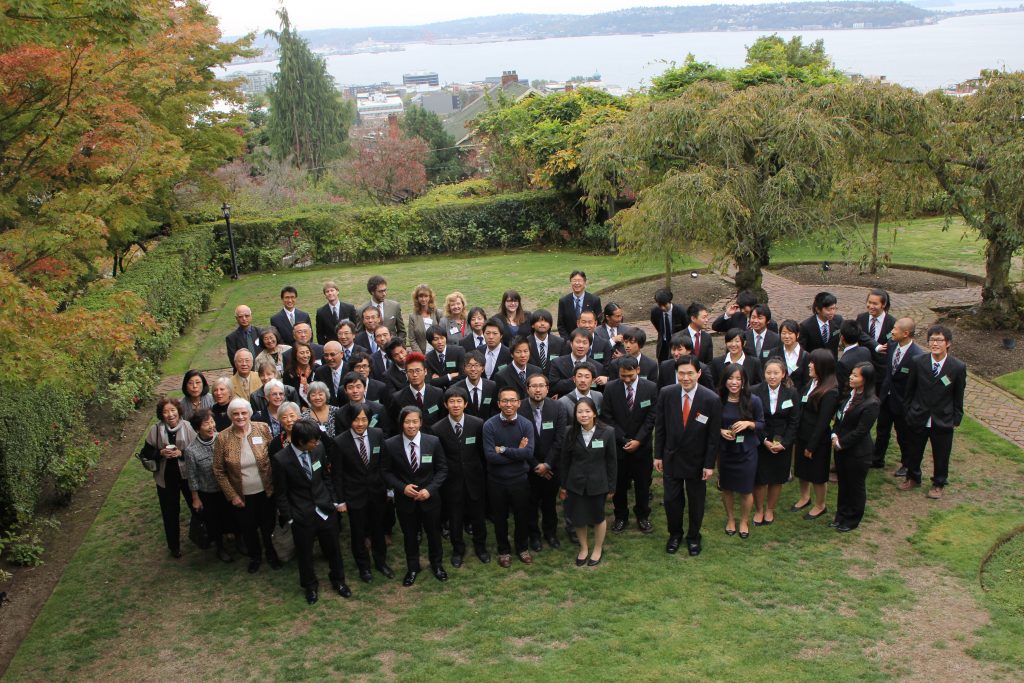 Thirty-eight Japanese Agricultural Training Program trainees bid farewell on Oct. 6 at the Consul General of Japan’s residence in Seattle. The trainees arrived at Big Bend in 2014 for lessons in English and American culture before going to host farms in 11 states. Another group of 2015 JATP trainees is currently assigned to host farms in the U.S. The 2016 group will arrive in March. The program lasts 18 months, so the trainees in this photo haven’t seen their families in a long time. The program celebrated its 50th anniversary at Big Bend last July.