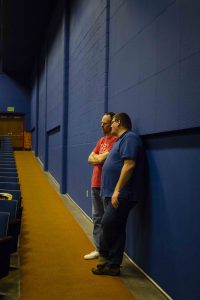 MOSES LAKE- Chris Riley and Webb Waites have nailed down a fun and unique way of getting their students to learn.

The two have been teaming up to teach American Government, Politics and International Relations classes at Big Bend Community College for the past eight years. Over time they’ve adopted a more out of the box approach to classroom instruction, leaving behind the more traditional methods of lectures, reading aloud from textbooks and tests and pop quizzes.

Riley said instead, their classes consist of a lot of humor, role-playing activities and games.

One example of that would be what the two call ‘Hackychat’- an invention of theirs that is part game, part discussion tool. Hackychat is simple, Riley and Waites will toss a few hacky sacks at students and whoever is fortunate (or unfortunate) enough to catch one has to speak on a given concept.

Riley said not knowing when the hacky sacks will be coming out, or who will end up with one, is one way they keep students engaged and on their toes during class.

“We don’t want our classes to be scripted. If they’re scripted, then the students tend to tune out,” he said. “If they’re feeling entertained and engaged then you know they’re learning the material.”

Their combined classes typically have anywhere from 90-120 students. In American Government, students research, argue and decide their own Supreme Court cases; they participate in a U.S. Senate simulation where they serve on senate committees and debate bills and they also become members of the President’s National Security Council.

Students also role-play in Politics by writing their own constitution, running a presidential election and conducting their own public opinion research. In addition, Riley and Waites have students in their International Relations classes conduct a mock United Nations meeting where they have an opportunity to resolve an international crisis.

So why so much emphasis on role-playing projects? For one, it is more fun- for both instructors and students, said Riley.

However, it also goes beyond just wanting to have fun. The way the pair has decided to teach is often referred to as flipping a classroom- where all material is delivered outside of set instructional time and comprehensive activities and assignments are done in class.

“The idea behind that is that students learn best by doing,” he said. “They read the material on their own outside of class and then in class we work on applying that knowledge.”

And students have responded well to their methods, said Riley, adding that it’s not uncommon for students to say their classes were some of their favorites.

“They love the class,” he said. “They’re coming out with an experience they’re not going to get in other classes, or in a 100 or 200 level class at a university.” 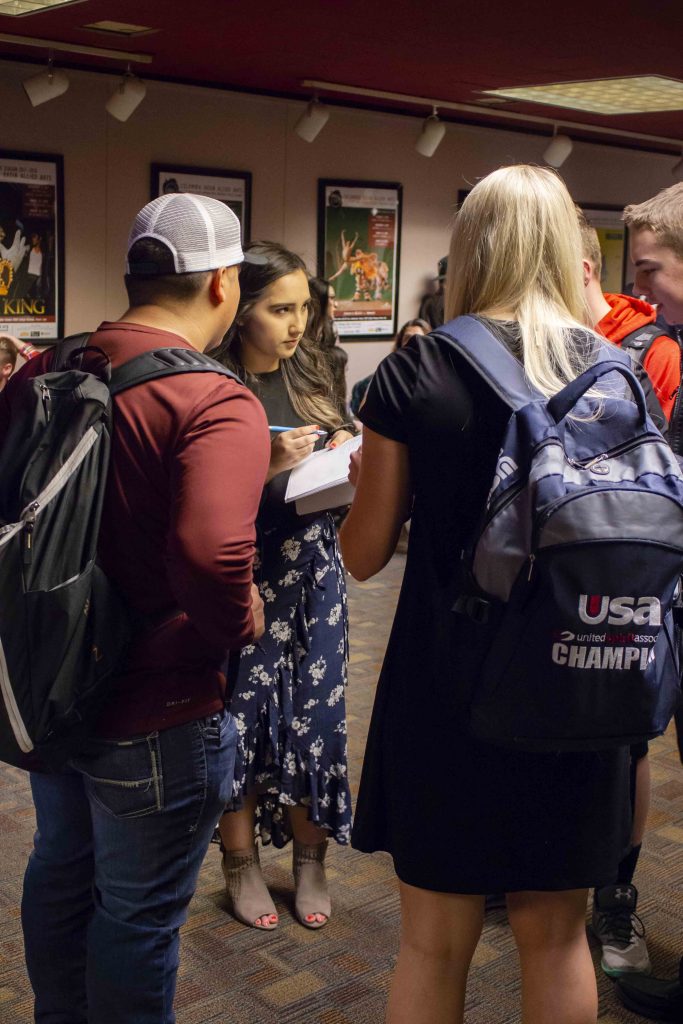 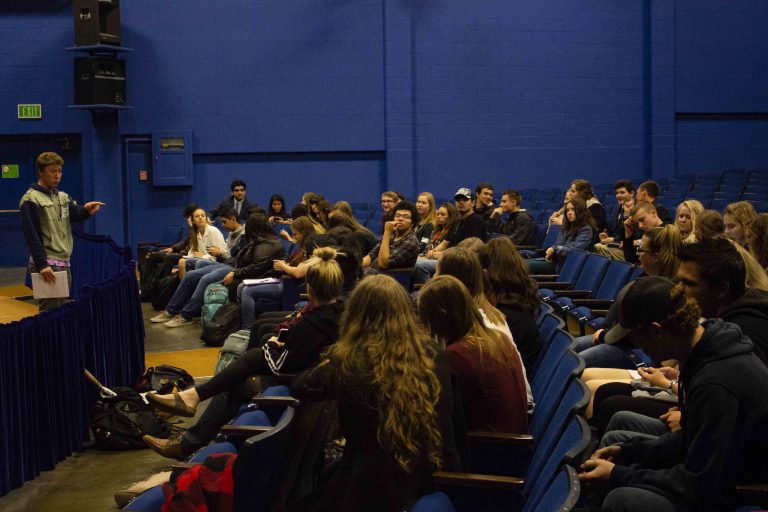