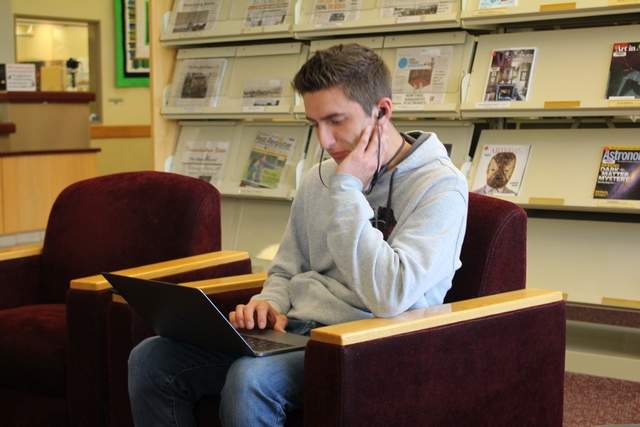 By Cheryl Schweizer of the Columbia Basin Herald

MOSES LAKE — The fall quarter was about two hours old, and students were already at the tables and computers in the Big Bend Community College library.

Alex Moreno, Quincy, is planning a career in construction management, which requires math. “A lot of it,” he said. So the first stop after his first college class ever was the BBCC library and working on that first day homework.

Moreno will work on a transfer degree, he said, with the eventual goal of attending Washington State University. He chose BBCC and an associate’s degree because he could take the same classes for less money than the tuition at a four-year university, he said.

That also made a difference to Grace Selmann, who’s in the Running Start program. Running Start allows qualifying high school juniors and seniors to attend classes at community college without paying tuition. (Running Start students do pay their books and lab fees.) It’s a good deal, Grace said, the equivalent of five figures saved in college expenses. If someone offered her that deal, “you’d be like, heck, yeah,” she said.