A Mexican American, Chavez became the best-known Latino American civil rights activist, and strongly promoted by the American labor movement, which was eager to enroll Hispanic members. His public-relations approach to unionism and aggressive but nonviolent tactics made the farm workers’ struggle a moral cause with nationwide support.

After his death he became a major historical icon for the Latino community, organized labor, and liberal movement, symbolizing support for workers and for Hispanic power based on grass roots organizing and his slogan “Sí, se puede” (Spanish for “Yes, one can” or, roughly, “Yes, it can be done”). His supporters say his work led to numerous improvements for union laborers. His birthday, March 31, has become Cesar Chavez Day, a state holiday recognized in Arizona, California, Michigan, New Mexico, Washington, Utah, Wisconsin. Colorado, and Texas.

Students, who organize these events, set donation goals and can earn scholarships for reaching them.

M.E.Ch.A. club member Miguel Castaneda said one of the main goals of the event is to encourage their fellow college students to follow Chavez’s example of serving others in need.

Club member Cinthia Coyazo said she was glad to see such a good turnout. More than 20 people showed up to donate during the first day of the drive, and the club is anticipating a similar turnout for the second day.

“One girl who came earlier told me that when she was younger, she really needed blood and that was why she was donating,” she said. “That was really inspiring.” 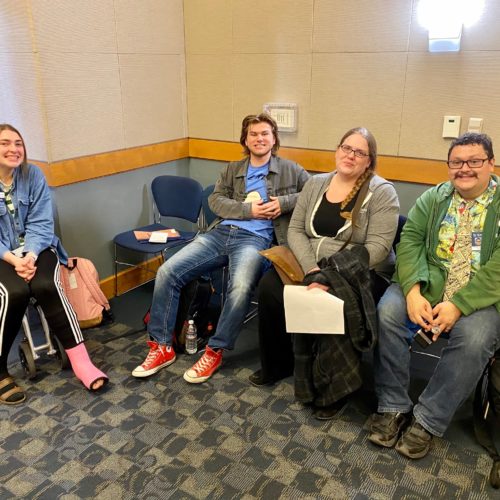 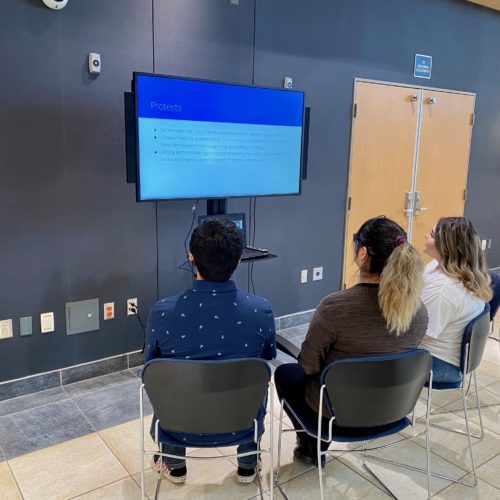 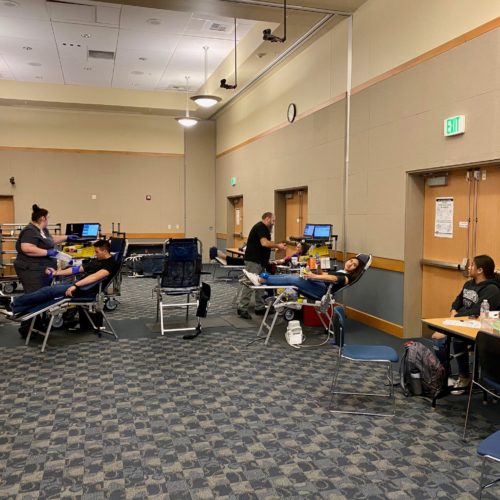