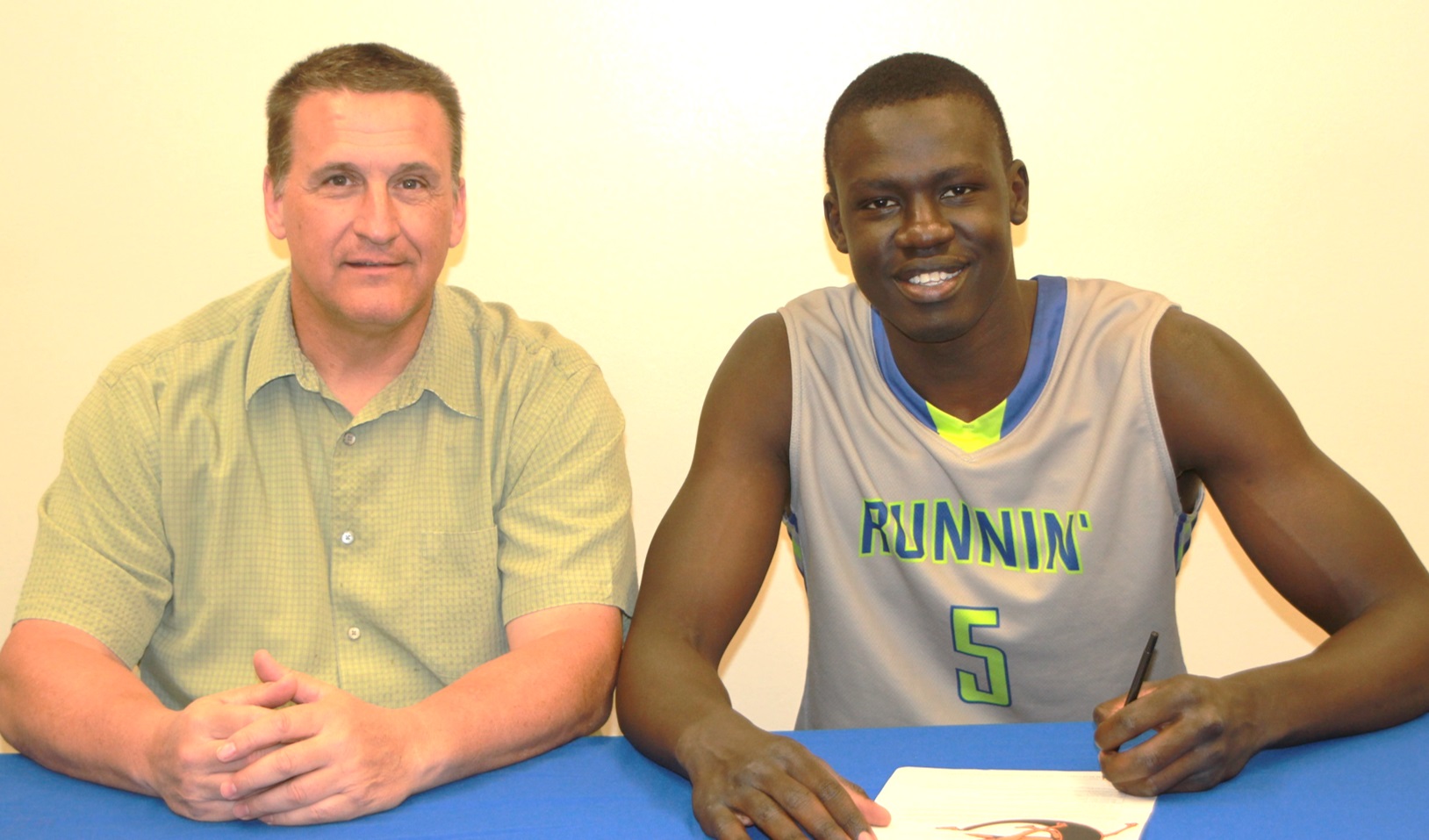 The 6’7″ sophomore from Columbia High School in Nampa, Idaho, was a first-team all-league selection and the defensive player of the year last season in the East Region of the Northwest Athletic Association (NWAC).

Lado was a post player for a Vikings team that went 13-1 in league play and won third place in the NWAC tournament. He had 27 points and 7 rebounds in his final game for Big Bend in a 74-60 win over Clark College.

For the season he averaged 16.3 points and 7.7 rebounds while shooting 63 percent from the field (third best in the NWAC). He had 100 offensive rebounds last season (second in the NWAC).

“Academics was important in making my decision. Campbell is a private school with a good academic reputation,” said Lado. Campbell is a NCAA Division I school competing in the Big South Conference.

Coach Mark Poth—NWAC East Region Coach of the Year–praised Lado’s growth as a player and a person in the last two years. Lado responded, “Coming to Big Bend was the right decision for me.”