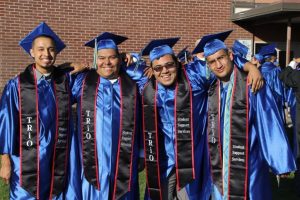 Big Bend Community College had the highest student achievement points per student among 34 colleges in the state community and technical college system for 2014-15, according to the state Board for Community and Technical Colleges.

Now BBCC will be challenged to maintain that performance because the Student Achievement Initiative (SAI) will become a more important source of funding when the state implements a new funding allocation formula in 2017, said BBCC President Terry Leas.

BBCC students showed improvement in six of nine SAI categories. The largest increases in BBCC student performance were in pre-college math and basic skills. Overall performance of BBCC students increased by 3 percent from the previous year.

The SAI report showed an area where Big Bend can focus on improvement is in the category of completion of degrees and certificates. BBCC is average in that category compared to other colleges in the state system, said Leas.

The state has piloted performance funding models using small pots of money for the past three years, making adjustments along the way. BBCC was at or near the top in achievement points per student the first two years.

But when SAI is implemented in the new state allocation model, there will be $34.7 million set aside for performance funding at community colleges. The $121,028 BBCC received this year would translate to nearly $850,000 with the new funding model—or more than 5 percent of the college’s state-funded operating budget.

“Performance funding very soon will be more important to all of the colleges,” Leas said. “We need to be in a position to do well in this funding category.”

Students completing developmental math classes increased from less than 50 percent to nearly 80 percent after the college implemented the emporium math model with assistance of the STEM grant.

“Math is a gatekeeper,” Leas said. “If a student can’t pass college-level math, they can’t be a nurse, an accountant, or a computer technician.”

Enrollment in engineering physics at BBCC is at an all-time high. 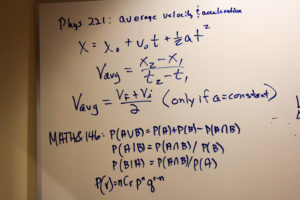 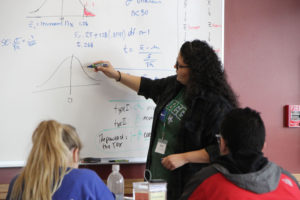