MOSES LAKE — Big Bend Community College opened its home schedule Wednesday night playing host to visiting Grays Harbor, and despite an impressive win in the opening game, the Lady Vikings went on to drop the next three to the Chokers and losing the match, 3-1.

It was the Lady Vikings first match since competing in the season-opening NWAC tournament in Eugen, OR at the end of August. BBCC was supposed to compete in a 32-team tournament at Highline CC Sept. 1-2, but some miscommunication with scheduling kept them out of action.

“Compared to how we executed (in the NWAC Fall Festival Tournament Aug. 26-27) last night was a huge improvement for us, it was night and day,” said Vikings Head Coach Michael De Hoog. “Our serve/receive was good and I thought we executed pretty well. It was definitely a performance that we can build on.”

Sophomore Savannah Bass had 27 assists, including 13 digs and Hailey Miller, Ana Zuniga-Navarro, and Laurissa Kisler recording 13, 10, and nine digs each.

The Lady Vikings have no time to rest, as they will play host to Linn-Bennett Community college in just a few hours here on the BBCC campus inside the DeVries Center. Game time is 4 p.m. 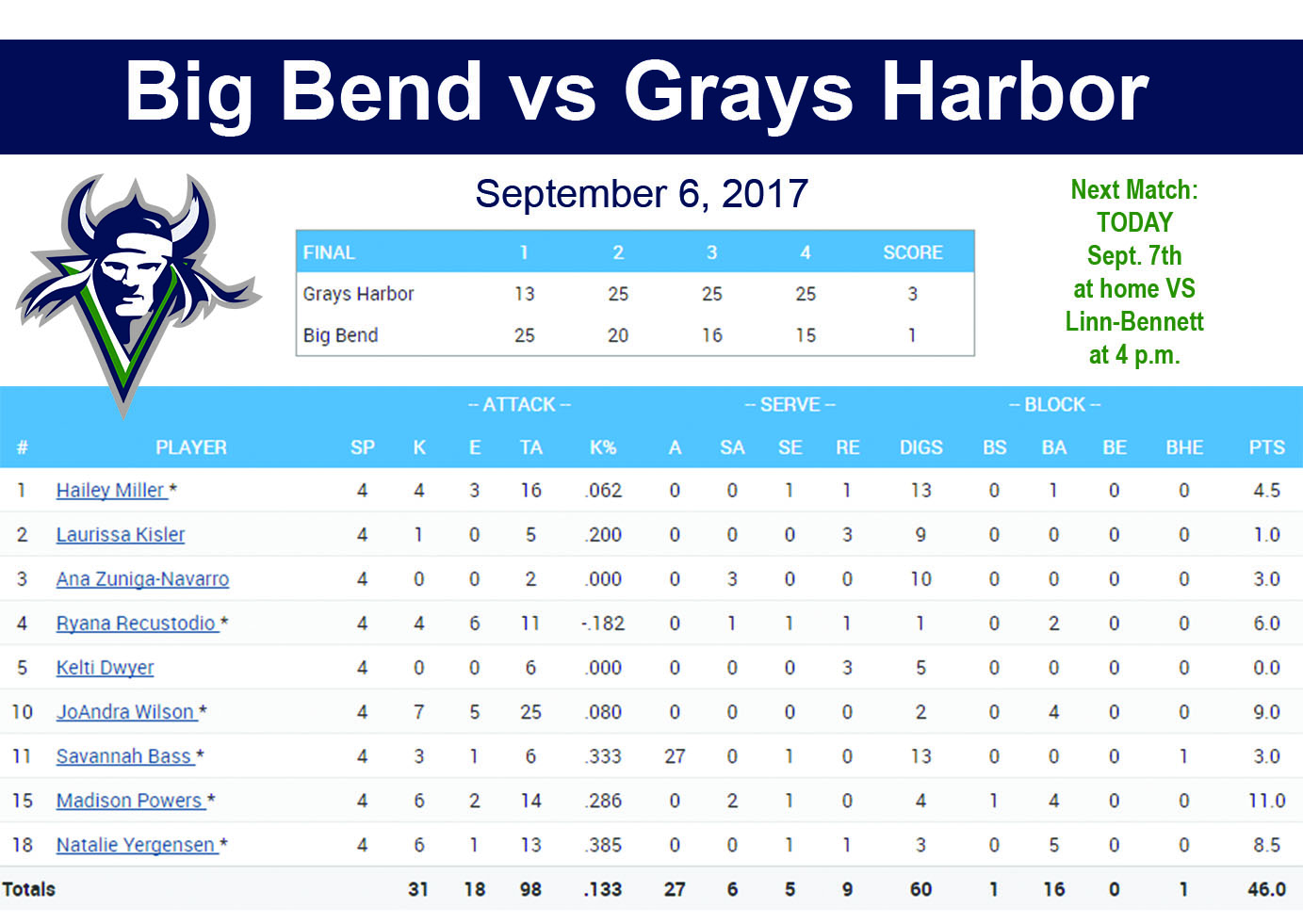