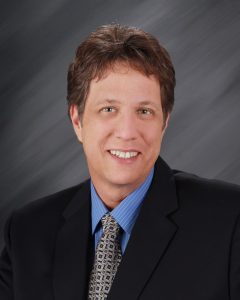 MOSES LAKE — The Big Bend Community College Board of Trustees (BOT) put the wheels in motion during a special meeting on Wednesday morning voting unanimously to handle the national search for the college’s 10th President internally rather than hire an outside consulting firm.

The Board also voted to have Chairman Stephen McFadden lead the search congruent to board policy that states, “The Chairperson assures the integrity of the board’s process and, secondarily, occasionally represents the board to outside parties.  The Chairperson is the only board member authorized to speak for the board (beyond simply reporting board decisions), other than in rare and specifically authorized instances.”

McFadden, who is also the Adams County Economic Director, assured the Board that he had, “taken steps both personally and professionally to ensure that his schedule would allow for the time commitment to lead the search.”

Before ultimately making the decision to perform the presidential search in-house, the trustees and those in attendance listened to a thorough presentation from State Board of Community and Technical College’s (SBCTC) Deputy Director of Business Operations John Boesenberg on the pros and cons of whether or not the college should look to outsource the hire.

“Currently, I think it’s about 50-50 on college’s going with or without a consultant,” Boesenberg told the Board. “(The Board of Trustees) and the administration know your culture and the climate on campus better than anyone and this decision ultimately must be made by you. Hiring a college President is the most important decision that a board is charged with making. This will be the person who will represent your college to the community day in and day out.”

The BOT will take next steps during a special study session scheduled for the morning of October 10. The session will happen before the board’s regularly scheduled monthly meeting and will be focused on drafting an official job description for the position, outlining salary requirements and a benefit package, and for harvesting information to include in a campus communication survey that will be distributed both internally to Big Bend employees and externally to the community. The BOT will also be discussing the roster of those who will be included on the official Presidential Search Advisory Committee. This committee, expected to include 12-15 members, will be tasked with reviewing potential candidates and helping to whittle the initial applicant pool.

“It is important to us to have a cross-section of campus community members and college stakeholders on this committee who understand the importance of this process and that are willing to dedicate the time and effort to making it successful,” McFadden said. “We are very aware of the need to have this process be as transparent as possible, and want the campus community to know that we value and need their input in this process.”

McFadden shared a rough timeline that will also be a topic of discussion. Ideally, the BOT would like to make the official recruitment launch in November with priority applications being accepted for 21 days. In December, initial candidate reviews will begin in hopes of narrowing the applicant pool to 10.

A second round of review would be held in January and the BOT would finalize the Top 5 finalists. On-campus interviews would be conducted for the finalists in February and on-site visits in early March. The announcement of Big Bend’s 10th President would happen on March 31st.

McFadden told the Board that the timeline would allow for any delays or unforeseen circumstances with the search to be absorbed into the month of April and still give plenty of time for the new President to accept the offer and make necessary arrangements.

The contract of Big Bend’s current president Dr. Terry Leas, who announced his retirement in August, ends on June 30.