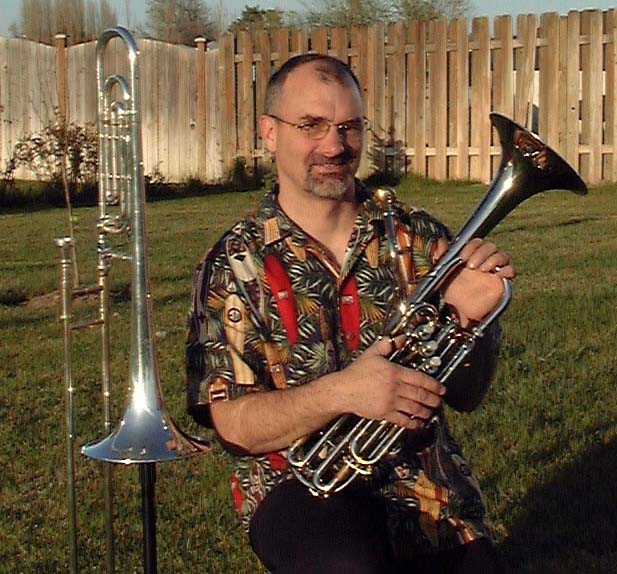 Steve Close was born in California, but has been steadily progressing in a Northerly direction. He has taught English in California, Oregon and Washington, as well as Ukraine and Uzbekistan. He worked for ten years as a bicycle mechanic before pursuing a degree in English Literature. He claims that analyzing a poem is a lot like disassembling a Sturmey-Archer three-speed planetary gear wheel hub, only not quite as greasy. 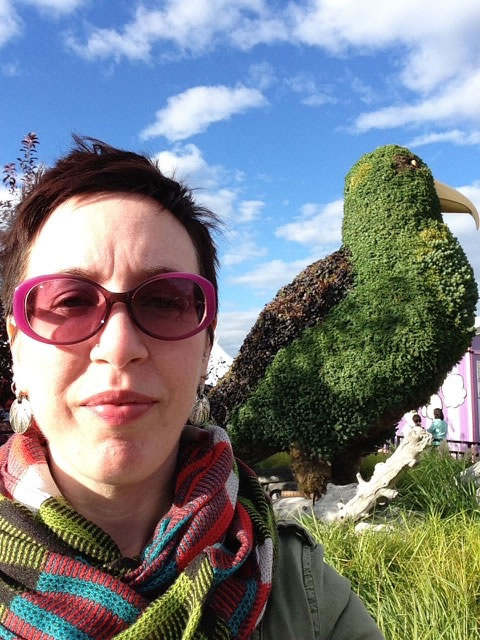 Allison Palumbo was born in Nebraska, raised in Utah, and has since lived in France, Florida, Kentucky, Alaska, and now Washington. Dr. Palumbo has been teaching English since 2002. They have a number of favorite authors: Henry Miller, Erica Jong, EL Doctorow, Toni Morrison, Margaret Atwood, Philip Roth, Chaim Potok, and Zadie Smith—to name a few. Dr. Palumbo enjoys a variety of film and television programs. One of the original media bingers, they translated their passion for stories about women heroes and fighters into their first book, Romancing the Strong, Independent Woman: Fighting Females and Fantasies of Empowering Romance in Popular Culture. Dr. Palumbo’s interests outside of literature and mass media include yoga, long walks, good food, travel, and driving aimlessly on long roads toward big skies. For them, it’s the journey that counts, a belief they carry into the classroom. Dr. Palumbo derives great satisfaction from working with students and inspiring them along their quest for knowledge, and little pleases Dr. Palumbo more than students who care about learning and who are excited about their education. 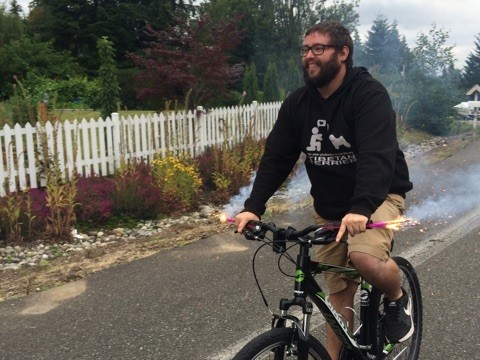 Sean Twohy hails from the home of Boeing and the birthplace of Kenny Loggins—Everett, Washington. While he eventually landed the greatest job ever, he hadn’t really planned on becoming a teacher.  Achieving mediocre grades throughout high school, he had his sights set on becoming a garbage man or construction worker. However, after discovering that the age requirement for garbage men was 26 and that the pipefitting apprentice program required night school, he began to meander his way through Everett Community College—taking such classes as Birds of the Northwest and Intro to Tai Chi. Sean continued educationally drifting while getting a Bachelor’s in Bellingham—relishing in such classes as Animals in Literature and Mysticism 338. On a whim, and with dreams of living like Kevin Costner in Dances with Wolves, he moved out to South Dakota to receive his MA in English. There, he lived in a trailer park with his dog and truck, and with a constant fear of tornadoes.

Prior to teaching, Sean worked at a family diner, Regal Cinemas, Costco, The Seattle Times, Denny’s, a bakery, a construction company, a background screening company, and as a painter. He also volunteered at PAWS Wildlife Center where he spent much of his time scrubbing pond turtles with toothbrushes and washing dishes. Sean spends his free-time acquiring pets, hobbies, and responsibilities—while, simultaneously, slowly alienating himself from his friends and family.

Sean is passionate about teaching at the community college level and helping students achieve their goals. His objective is always to make writing accessible by pulling the mystery out of the essay and empowering students to understand the purpose behind every sentence they write.