MOSES LAKE — Big Bend Community College basketball fans got their first opportunity to see the 2017-18 Runnin’ Vikes in action on their home court Saturday as they played host to the BBCC Alumni All-Stars inside the DeVries Center.

The BBCC alumni put up a good fight but ran out of steam down the stretch as the Runnin’ Vikes took the victory, 100-78.

Freshman guard Kobe Huerta (Kent, WA) knocked down 21 points while draining 4-of-8 shots behind the 3-point arc to lead Big Bend in scoring.

Dittman hit 6-of-7 shots from the field and had six assists.

Off the bench for the Vikings, DeAngelo Stowers (Freshman; Upland, CA) had a solid performance adding 10 points and Nash Austin (Freshman; Ammon, ID) added 9 points with a 3-of-7 shooting performance from 3-point land.

The Big Bend Alumni were led by Kyle Nield who led all scorers with 24 points, with Brendan Westendorf adding 19 points. Both players also pulled down 9 rebounds each.

The Runnin’ Vikes will take the court again after the Thanksgiving holiday when they travel to Mount Vernon to compete in the Skagit Valley tournament Nov. 24-26.

BBCC is scheduled to face Portland at 6 p.m. on Friday, Peninsula at 5 p.m. on Saturday, and Skagit Valley at 2 p.m. on Sunday. 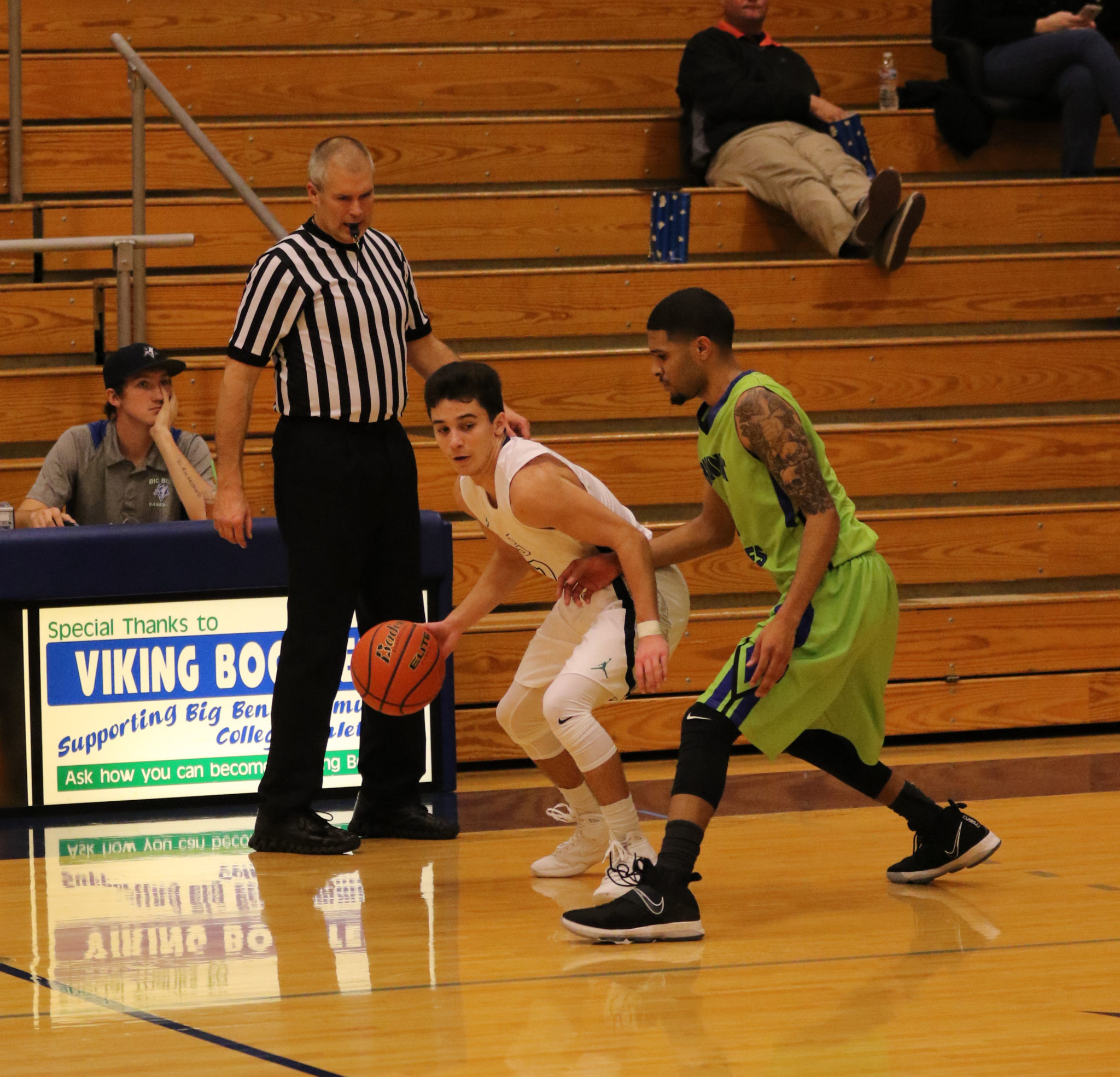